On September 10th 2018 Monday, Eucharistias appeared on the stage of September concert held at Otokura of Shimokitazawa, and sang 3 gospel songs. Level of other performers was high, but the sponsor liked our performance very much, since gests were few because of the rain, it was decided to hold the concert one more time.
We give thanks to the Lord. 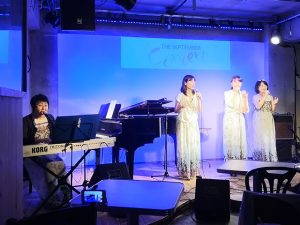 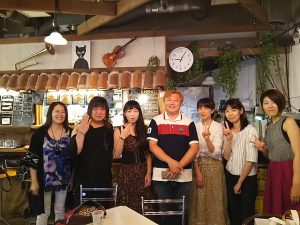