A praise band from TLCCC Hyougo Philadelphia church held a gospel concert in a nurshing home of Fuji Sankei group on Mon., 17 March in the afternoon. Because they held a volunteer conert regularly, many in the audience were looking forward to it. From the beginning, some were dancing, so they got a good respond. At the end of the concert, most of the audience went forward and made a “L” letter by their fingers with dancing, and they enjoyed singing “Gos Is Love” together. They received an encore, so they did the same song together. After the concert, they received a comment form the home director like: “I’m so struct by the audience’s smiling facese I’ve never seen. Please come again.” It was a real blessing. 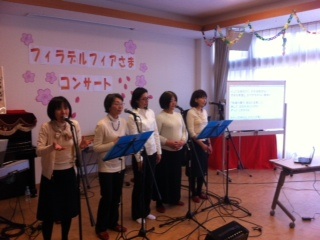 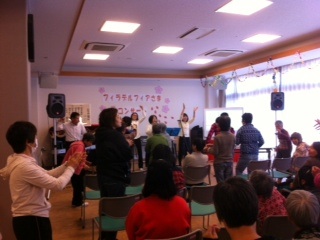