On Friday, 16 December, True Vine was invited by the Committee for the Promotion of the North gate city-planning at Kofu station to hold a concert in North gate redevelopment center at Kofu station. The leaflets of the concert were distributed among the whole family in the city by a circular notice. So a lot of audience attended the concert even thgouh it was not a large place. God’s presence had come upon there abundantly so that many people were moved to tears. Many wonderful words in filling out questionnaires were said, “God really heals me.”, “I wanna more many people to hear the wonderful songs.”, “I’d like to buy more CD’s.” When they entered into this fiscal year, surely they realized that different reactions than before were being appeared in each place. 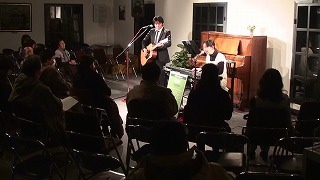 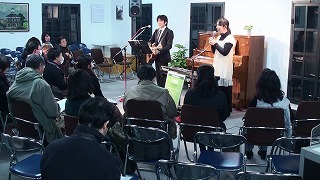