On 14 December, in the evening, Splendor gave a Christmas gospel cocnert at the hospital named “Yao Tokushukai Group General Hospital Relaxation Ward” in Yao city, Osaka. The concert was held due to a request for a staff who is in charge of the web site in the hospital ward. Just before starting the concert, he was playing the Splendor‘s CD’s that he bought. At that time, Splendor would be schedule to hold a concert in an another facility. However, because the place of the concert was near the facility, Splendor asked to shift to the time so that they were able to have the concert. It was the first time to use for the concert. Some of them even shed tears. A staff said, “I’ve never seen such a quiet countenance.” Splendor has received a request to have a concert again because they were moved so much. 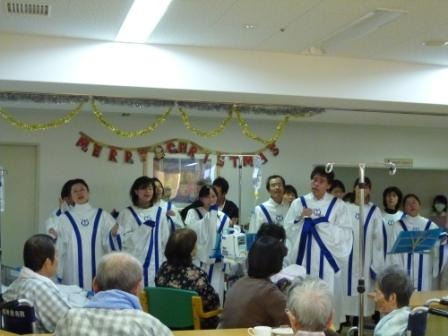 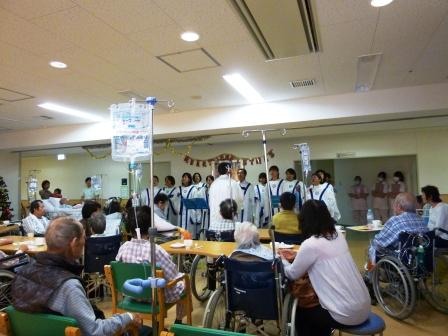